Following some mail exchange with Yves Rosseel about the simulation work I have been doing on SEMs, finding out that we both live in the same city we organized a small chat at a nearby café. Yves Rosseel is the creator and maintainer of the lavaan package in R, you can check out his recent talk at the useR! Conference last year on models, softwares and stories around SEMs. Yves Rosseel comes from a psychological background, he has been working on neuro-imaging but has moved now more towards methods development and education. So this means that while developing lavaan he had in mind typical applications for psychological research.

Below is my recollection of our discussion any mistakes or imprecision is on me. 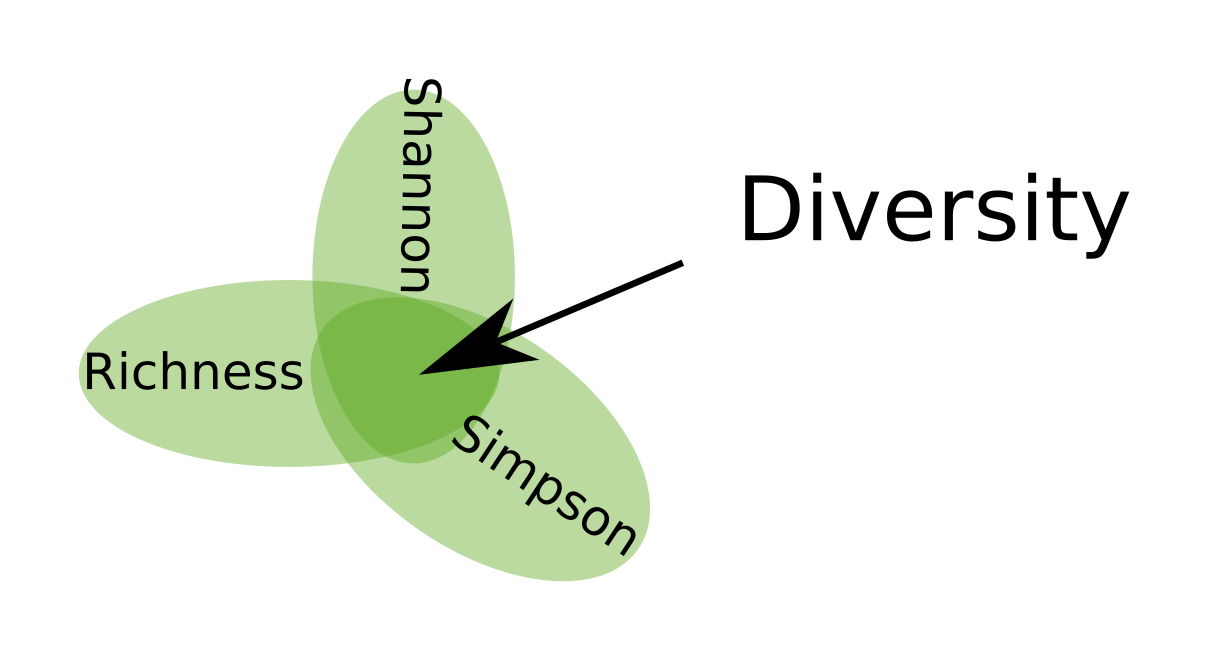 An example of a latent variable: diversity, as measured by three indicators: species richness, shannon and simspon diversity. The darker area represent the shared information between the three variables which is the part that is of interest in SEMs

Using latent variables have several advantages such as: (i) measurement errors is taken into account and (ii) different aspects of a process can be combined. That said latent variables were developed for typical questionnaire data where the answer from each question can inform about some process like Motivation or Depression. For ecologists, latent variables may be a bit more tricky especially because observed variables that we think stem from the same process might be uncorrelated, for whatever reasons, and this might lead to poor estimation. Yves Rosseel is not that comfortable calling SEMs without latent variables SEMs, for him such models are “just” a list of individual regression without the unique SEM flair. 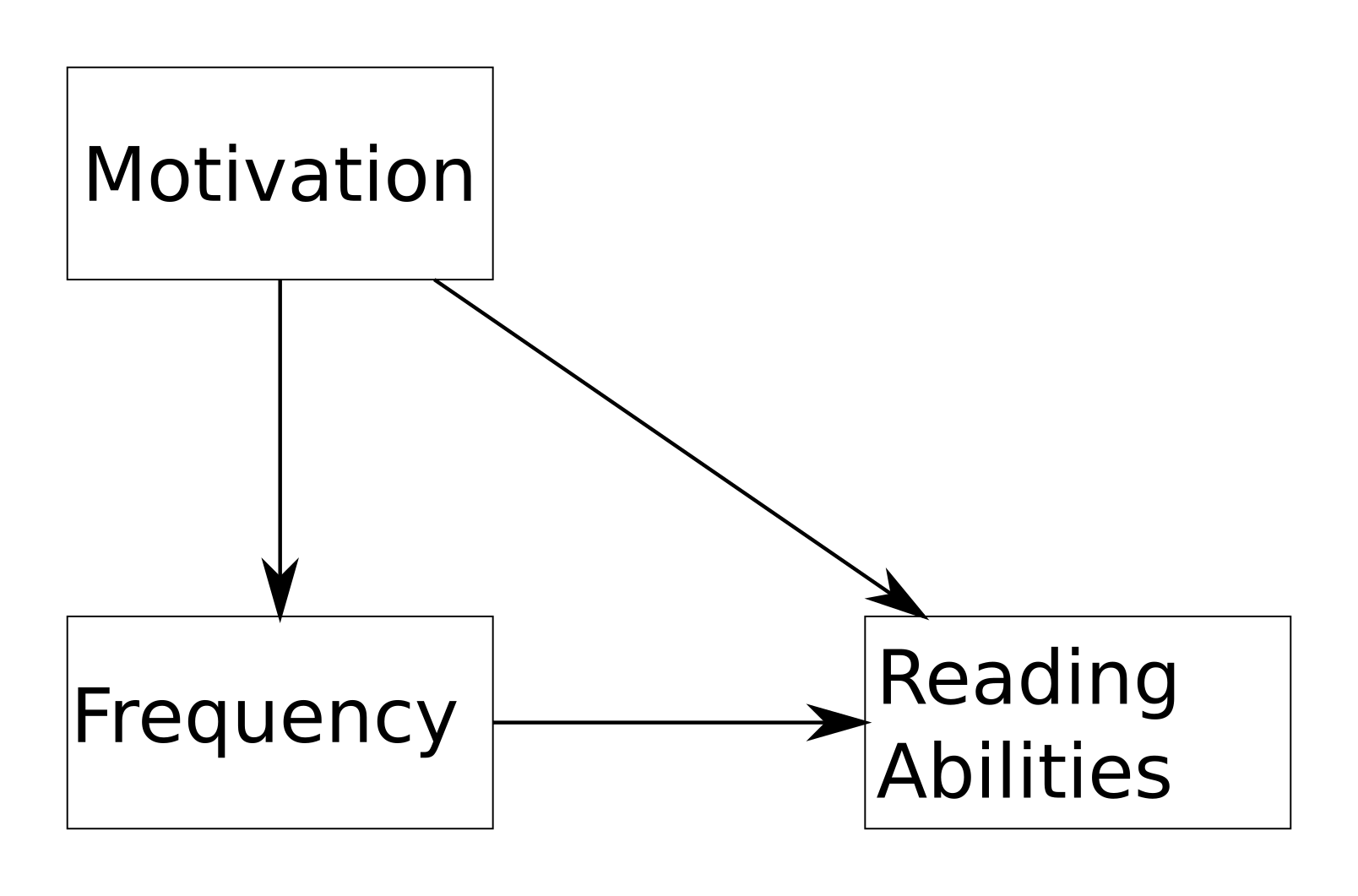 A programm officer asks you if reading motivation or reading frequency should be targeted when designing a new educational program aiming at increasing reading abilities. The following model would be fitted to data.

Of course the true causal structure of such a system might be more complex, with reading abilities feeding back on motivation and other factors coming into play. The main idea there is rather than trying to get the mechanistic structure right, draw the arrows in the direction that fits your (applied) needs. An example in ecological settings might be for restoration projects, with the end goal being plant diversity affected by different drivers that can be manipulated such as phosphorus concentration and mowing frequency. Bottom-line is (according to Yves Rosseel), SEMs are not a magical solution to understand cause and effects from observational data. Of course there is some debate on that, see for instance this paper by Pearl an ardent defender of the causal nature of SEMs, or this blog post on dynamic ecology which is both a great reference source and cater(ed) some nice discussions. You can also read my attempts at discussing causes and mechanisms.

To sum up Yves Rosseel main points: SEMs are cool, but not for the reasons that ecologists usually attribute to them.

Recurrent themes in my work: covariance

The aim of this post is to see how to fit mixed effect models with varying effects when the explanatory variable that varies is a categorical variables. For ...