My main research interest is in understanding the consequences of diversity loss and turnover on ecosystem functioning in managed landscape. The overall aim being to forecast future functioning rates in impoverished, fragmented and/ or increasingly homogeneous systems.

To achieve this my work mainly turn around analyzing diverse chuncks of data, in other words I spend most of my (research) time sieving through R scripts. As a service to the UGent lab I was co-organizing regular coding club sessions to collectively exchange knowledge on coding and computing. My stat interest revolve around: hierarchical models, Bayesian data analysis, graphs and networks, dynamical equation systems.

Starting in October 2019 I joined the MonVia project launched by the federal ministry of Agriculture of Germany. Within this project I work in cooperation with colleagues from other Thünen institutes and from the Dachverband Deutscher Avifaunisten to analyze the impact of land-use and land-use changes on farmland birds. In a first analysis we reported that model-based data integration of biodiversity data from different monitoring schemes increase the precision of the estimated temporal trends. In ongoing analysis we analyze the impact of changing fallow land area over three CAP periods on farmland bird.

Effect of plant diversity on arthropod communities and their functions 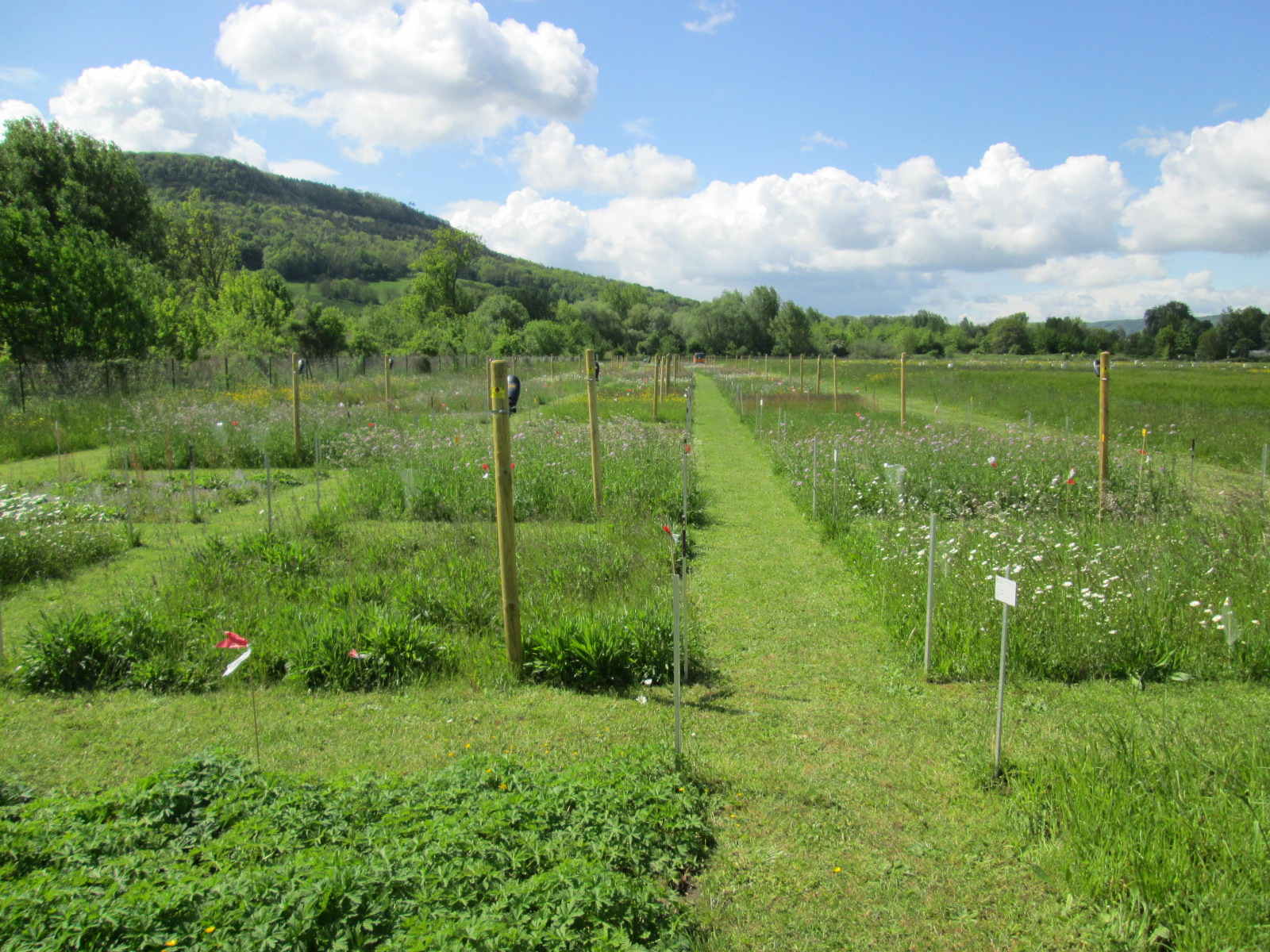 Effect of fragmentation and tree composition shifts on multitrophic functioning

Starting 2017, I was working on an interfaculty project at the university of Gent looking at the effect of tree composition shifts on communities and ecosystem function in a spatially-explicit way. Basically, we measure birds, insects, plants or pathogens in forest fragments with different tree species composition (red oak, beech, pedonculate oak), and these fragments change in size and isolation. Some are small and surrounded by urban habitats while other are larger and surrounded by pastures or crop fields. This is a very interesting set up because previous experiments on the links between biodiversity and the functioning of the ecosystems were not embedded within a landscape. Taking this spatial dimension into account is key to translate the results from the many experiments worldwide to the actual world. If you are interested by this topic a recent issue at the Philosophical Transcription of the Royal Society tries to address this question.

Simulations are a great tool for scientist with limited mathematical skills, limited money to conduct fieldwork and limited time to do the actual fieldwork. With a former colleague from Jena, Jan Engel, we developed an Individual-Based Model simulating the movements of thousands of individuals. The key point in developing this model is to explicitely take into account the effect of movement on ecological dynamics. Many (mathematical) models already exists out there taking into account the spatial effect on dynamics, yet these models often relies on some simplifications to make the equation nice and tractable. While this is certainly ok in many situation, under the current global change we might enter an era where these simplifications do no longer lead to relevant results due to changes in species ranges, organisms behavior but also individual movement. So we aim at having a model that allows us to simulate individual movement and extract some important informations like species-species interactions, biomass transfer and networks all from simple rules. We already applied this model to answer the question of how biased is a common method for sampling arthropod, pitfall traps, you may read this paper here. 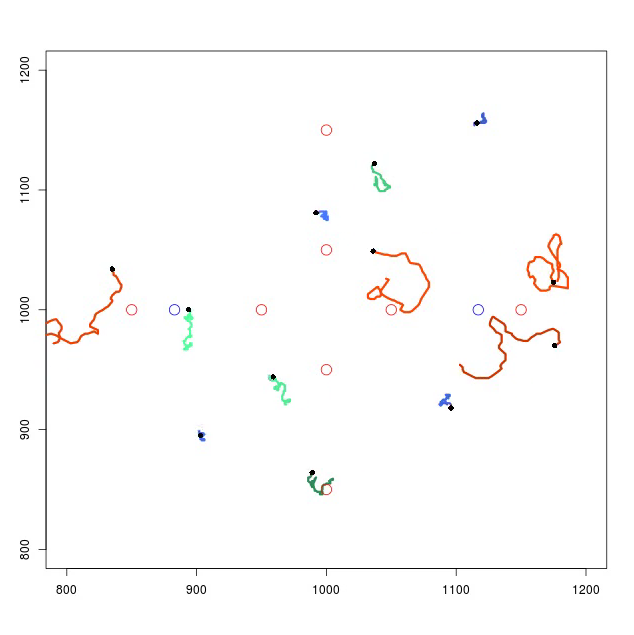