In this first post on recurrent themes I will explore covariance matrices, what they are, when they appear and how to use them. This last part will include some R code so that you can try things out.

What is a covariance matrix?

for the covariance, with the \(\bar{X}\) representing the mean X value and

for the correlation where the \(\sigma\) are the standard deviation of the variables.

So covariance is unit-dependent, if you measure the covariance between a variable in meter and a variable in gramm you will get a covariance value in metergramm, turning these variables into km and kg will get you different covariance. On the other hand correlations are unitless, so you can apply any linear transformation to your data and the correlation will remain constant. In other words covariance might be trickier to interpret than correlation.

Below is how a covariance matrix could look like: 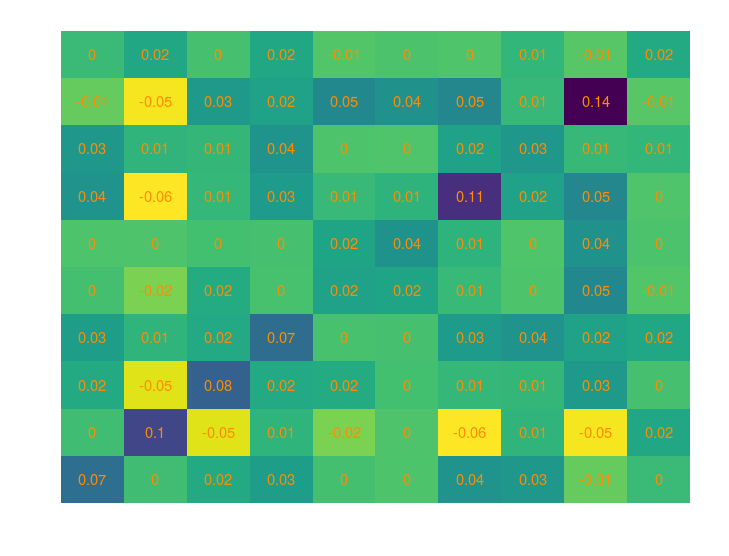 And the corresponding correlation matrix 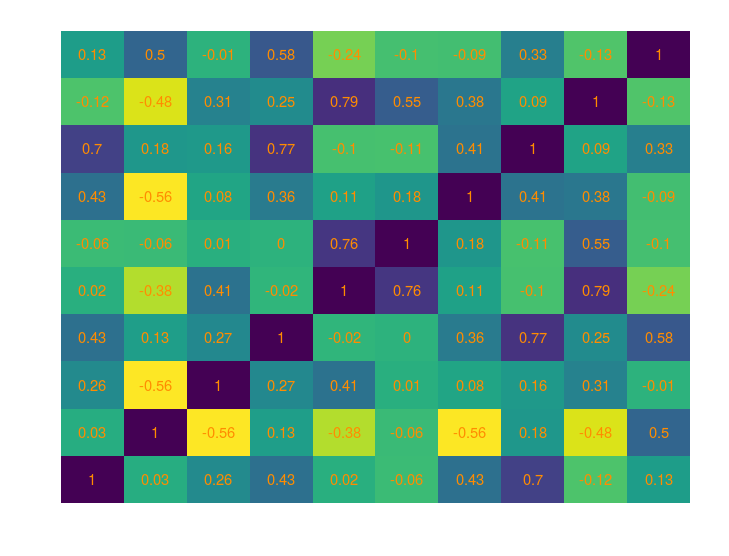 When can you expect covariance matrices to creep in?

Covariance matrices come along the way in every instance where you model relationships between variables or data points. For instance in GLMMs the random effects on the same grouping variables are expected to be correlated and the model is internally using covariance matrices to estimate these correlations. Here is a short R example

The important part there is the Corr information, the model tell us that there is a negative covariance between the varying intercept and the varying slope, in more biological terms subjects with higher distance will tend to have lower age slopes.

Another modelling approach that intensively use covariance matrix is structural equation modelling. In structural equation models relationships between variables are estimated from patterns in the covariance. Basically the covariance between a pair of variables is expressed in terms of their hypothetical relations. Some algorithm is then running trying to best accommodate hypothetical relations and observed covariance matrices and if the two are pretty close then the model does a good job of extracting the relation between the variables. 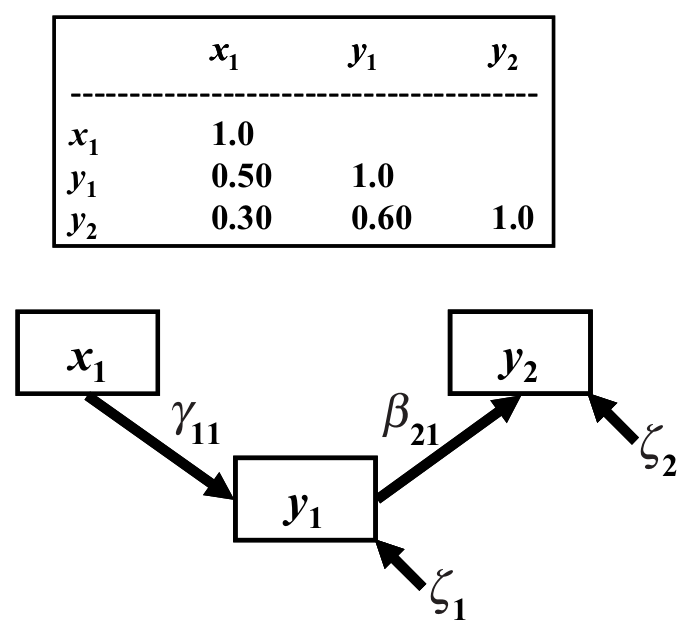 A final place where covariance matrices pop in is when independence of the residuals is violated by some kind of temporal or spatial relations (whether this is always a bad thing is discussed here). One way to take these components into account is by allowing errors to covary following some kind of functions. For spatial or photogenically-correlated errors the idea is then to make the covariance between two data points depend on the spatial or phylogenetic distance between the two points. In R such models can be ran via MCMCglmm, INLA, gstat or other packages.

Some properties of covariance matrices

Covariance matrices have a few distinctive features that I will outline below:

Following some mail exchange with Yves Rosseel about the simulation work I have been doing on SEMs, finding out that we both live in the same city we organiz...

The aim of this post is to see how to fit mixed effect models with varying effects when the explanatory variable that varies is a categorical variables. For ...